Clear Voice Therapy may be helpful to you if your voice is rough, gravelly, hoarse, rapsy or otherwise strained. Other symptoms that Clear Voice Therapy should be considered for, is if you’re clearing your voice excessively through the day, if your voice cuts out, breaks off, changes pitch, or fades away. Some people feel pain or tension in the throat when using their voice that may even extend to the jaw, neck, back, or chest. These voice compromises can be treated by Dr. Kaminsky implementing Craniosacral Therapy and Pranic Healing energy work.

Clear Voice Therapy can also benefit singers looking to fine tune their voice and enhance the potential of their vocal chords, achieve in the “Zone” status.

For singers, It’s also important to be mindful we all undergo physiological changes with respect to our voice usage due to increased muscle strain in the anterior neck and throat muscles, muscle imbalances, poor posture and stress including restriction of neck range of motion are all factors that can effect ones voice.

These are all common symptoms of voice problems that can be treated through a Craniosacral Therapy and specialized techniques developed by Dr. Alex Kaminsky called “Clear Voice Therapy”, that works on harmonizing and balancing the vocal cords and surrounding soft tissues. Dr. Alex Kaminsky states, “I once heard one of my mentors of sound therapy / vibrational sound healing say that you can tune the human body just like you can fine tune a musical instrument. That resonated with me when I heard it, prompting me to develop hands-on manual methods to positively improve speech impairment and optimize voice potential.”

Normal voice production depends on energy / power and airflow supplied by the respiratory system;  A disturbance in one of the three subsystems of voice production (i.e., respiratory, laryngeal, and subglottal vocal tract) or in the physiological balance among the systems may lead to a voice disturbance. Disruptions can be due to organic, functional, and/or physiological causes.

Clear Voice Therapy is for anyone looking to improve their voice clarity, resonance, pitch, depth, strength or stamina; with the additional benefit of diminishing any pain, stress, or tension in the front of the neck, back of the neck, jaw, back or chest. Whether speaking or singing is a daily practice for you, people put a lot of energetic and emotional stress on to their vocal cords overwhelming the natural tonicity and resiliency causing fatigue, cracking, coughing and other less than optimal functional physical states in your voice.

You should also know after decades of a relatively stable voice, noticeable change can occur in the later years of life. As our bodies age, we lose muscle mass, our mucous membranes thin and become more fragile, and we lose some of the fine coordination that we had in younger years. Changes occur in the larynx, such as vocal cord atrophy or bowing (also called presbyphonia or presbylaryngis), and this leads to changes in our voice.

Dr. Kaminsky’s Clear Voice Therapy facilitates an endurance state within the surrounding soft tissues of the throat and the vocal cords themselves through craniosacral therapy, energy work and specific breathing techniques. Clear Voice Therapy recognizes optimal vocal cord function which requires a pristine energetic balance within the body’s Chakras and meridian points, and specifically within the throat chakra. Chakras are energy centers, or portals in the human energy field. Located along the central channel of the body from the top of the head to the base of the spine wherein energy flows continulously. Chakra voice healing is an effective way to increase energy, alleviate vocal stress, and a way to channel healing energy through your throat chakra for continued voice healing.  The goal is for the Clear Voice Therapy to achieve optimal tone and function, energy flow and muscle balance in the voice box. 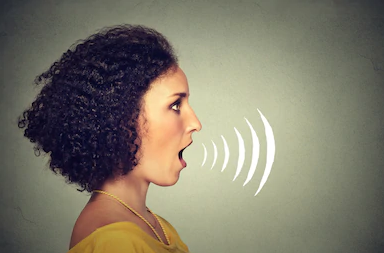 Voice health is driven a lot on the mechanism of respiration. Two lungs located in the thoracic cavity of the chest take in air, they are separated from each other by the heart, blood vessels and air-tubes. The lungs are spongy, porous and their tissues are very elastic. The substance of the lungs contain innumerable air-sacs, which contain air. They are covered by a delicate serous membrane called the pleura which contains serous fluid to prevent friction in the lungs during the act of breathing. One wall of the pleura closely adheres to the lungs. The other wall is attached to the inner wall of the chest. Through this membrane the lungs are fixed to the wall of the chest. Each lung consists of an apex and base. The base is directed downwards towards the diaphragm, the muscular septum, and the dividing wall between throat and abdomen. The apex is situated above, near the neck and often does not get proper supply of oxygen. It can become a breeding ground for viruses, bacteria or fungus; as in Pneumonia. But more so, the lack of oxygen flow into all parts of the lungs can also start to affect the soft tissues within the vicinity of the throat. The air passage consists of the interior of the nose, pharynx or throat, larynx or the wind box, or sound box, which contains two vocal cords, trachea or windpipe, right and left bronchi and the smaller bronchial tubes.

When we use our voice, we draw in air through the nose and after it has passed through the pharynx and larynx, it passes into the trachea or windpipe, then into the right and left bronchial tubes, which in turn, subdivide into innumerable smaller tubes called bronchioles which terminate into minute subdivisions and even smaller air-sacs. The air is drawn into the lungs by the action of the diaphragm. When it expands, the size of the chest and lungs is increased and the outside air rushes into the vacuum thus created. During expiration, and while talking or singing the chest and lungs contract expelling the air, as the diaphragm relaxes until most of the air is expelled from the lungs. Through the vocal cords on the exhale sound is produced. And the cycle continues. Craniosacral therapy and specific breathing exercises can result in sustainable lung function, a decrease in lung congestion and an increase in voice stamina.

The sound of your voice is an important part of your identity. It’s used to help make contact with others, convey emotions and create connections. Your voice is a part of your identity–you can be recognized just by the sound of your voice. Everyone needs their voice, particularly those who rely on their voice for their livelihood. This includes teachers, coaches, politicians, actors and singers. Call Dr. Kaminsky if you would like to learn more about Dr. Kaminsky’s Clear Voice Therapy.