Craniosacral therapy is a hands-on technique for healing trauma using a light touch in the right area of the body to facilitate a negatively energetic release from the system. There are also membranes and movement of the fluids in and around the central nervous system that take on healing properties. Healing trauma is essential in restoring people who have been affected by trauma, so they can return to normality and better their quality of life.

Whether traumatic experiences happen in a flash or evolve slowly over time, either way they can make life feel overwhelming and unmanageable.  Threats come in many forms (anything from childhood neglect, invalidation, to sexual abuse) and trauma can originate from an overwhelmingly negative event that leaves a lasting impact on one’s mental and emotional stability.   The most typical, but not all, sources of trauma are:

Our basic reaction to a traumatic experience is 1 of 3 self-preservation responses – fight, flight, or freeze.  Regardless of which response is acted upon, our body floods with energy.  Once a threat has passed, ideally, this energy is discharged by our body and we return to a state of homeostasis (equilibrium or balance of our body’s nervous system).

We are just human and sometimes that trauma produced energy load is unable to be discharged appropriately,  becoming stuck, isolated and walled off forming what is called an energy imprint.  Though the body can adapt to some measure of trauma produced energy imprints, eventually the body weakens or tires from dysregulation as symptoms of pain arise while dysfunction and emotional stress sets in.

When our nervous system is dysregulated, we can become less able to cope with the normal ups and downs of life – often overreacting or under reacting in emotional situations.  Also, this trauma-produced imbalance of our body’s nervous system can surface at a later point in the phenomenon known as post-traumatic stress disorder (PTSD).

In sum, undischarged or unprocessed trauma can leave a person in a state of hypervigilance, characterized by a heightened awareness where unexpected stimuli  such as noises, smells, a similar person or situation etc. can trigger a “dramatic episode’.

It’s commonplace to have stress originate from, and be due to, our nervous system being on constant and high alert.  When this occurs it starts a domino effect and places parts of our brain to be on constant high alert, which proceeds to cause our cranial nerves to be on constant and high alert, which commonly surfaces as tense jaw clenching, tightened neck muscles, shallow breathing and even digestive problems – all stemming from cranial nerve imbalance and miscommunication.

Since energy unable to discharge after trauma remains in our limbic system (the area of the brain processing emotional and  behavioral responses), it can’t be accessed cognitively, which means normal talking therapy may not be helpful until we can get the body to discharge this energy with touch. Craniosacral Therapy can help remove trapped energy cysts and the ripples of dysregulation,  promoting rebalancing and allowing the whole system to connect to the vital forces of life which constantly generate, maintain and repair the body.

Craniosacral therapy directly treats these malfunctioning neural components, allowing the body to return to homeostasis and rewire to calm so the organs and muscles can let go of dysfunction and begin to function with proper health again. 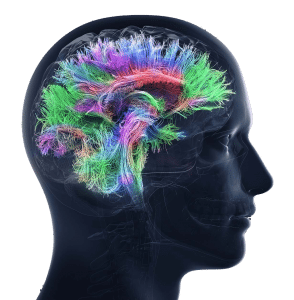 Proven Effectiveness of Craniosacral Therapy for Treating Trauma:  The calming nature of therapeutic touch, like that involved in Craniosacral Therapy, helps to reduce activation in the sympathetic nervous system, and increase activation of the parasympathetic nervous system, which is involved in slowing the rate of our heart, breathing, and digestion, this results in overall relaxation of the muscles. (1)

Craniosacral therapy has been used for not only healing trauma but in the treatment of a variety of physical and mental conditions, including but not limited to:

With this therapy, the narrowing of nerve passages is alleviated, and the cerebrospinal fluid flow improves the entire nervous system.  Craniosacral therapy helps release the energetic imprint of psychological and emotional stress, breaking long held tension patterns and leaving most people with an immediate sense of diminished pain, deep relaxation, feeling centered and refreshed.

Whereas Somatic Experiencing aims to settle debilitating trauma by tracking sensation in bodies primarily using verbal skills, Craniosacral Therapy does this by tracking fluids and engaging the memory being held in tissues, fluids or bones so stored trauma can dissipate.    You can view Craniosacral Therapy as a therapeutic process that helps rid the mind and body of residual past trauma associated with negative experiences.

My practice is a safe space to probe and fully understand the connection between bodily sensations and previous traumatic events and the emotions you’re feeling.  A Craniosacral approach is backed by science and offers the safety and security to explore and resolve the trauma you now live with.   During Craniosacral therapy, you will rest fully clothed while I work gently with my hands to “listen to the subtle rhythm of the life forces that can be felt”.  Many patients in their first treatment safely experience the release of both physical and emotional stress from their nervous system.  Click here for a detailed outline on what to expect in a first visit and treatment of Craniosacral therapy.

There have been some studies that have shown positive outcomes following the application of Craniosacral Therapy for traumatized individuals. One study involving veterans of the Vietnam War who had been diagnosed with PTSD, and were treated using Craniosacral Therapy and similar modalities, became more trusting of their therapist and more open to discuss their traumatic experiences. They also displayed a reduction in PTSD symptoms.(2)

A different study, carried out by Naturopathic Physician Dr. Lisa M. Chavez, involved the use of the Craniosacral Therapy with Tibetan ex-prisoners who had undergone torture and imprisonment, resulting in trauma. The study reported that unlike the control group, the experimental group scores of anxiety and related issues had decreased based on the administered questionnaires.(3)

Call / Text or Email to schedule an appointment.

Benefits of Craniosacral Therapy for PTSD